Here we are again at the end of a painting process… have I reached or perhaps passed the critical moment?  A crystal ball would be very useful at this point 🙂  This is my friend’s well travelled cat Patch who now lives in Scotland. 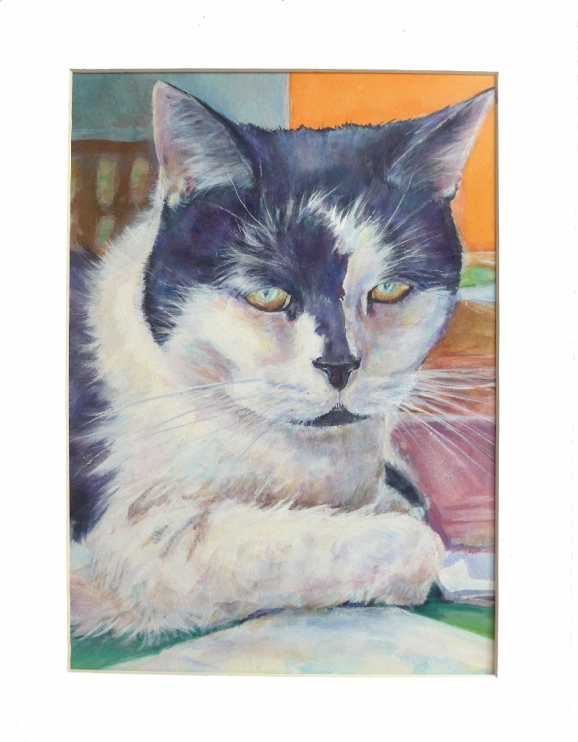 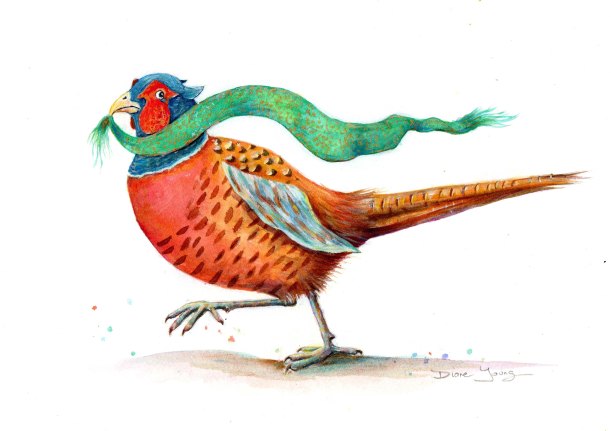 This House Sparrow is having a bit of a crisis.  He has been bringing nesting material to this door for many weeks now even though we have tried blocking his reflection with paper on the outside it has not stopped.  Interestingly the next door neighbours think it is “their” sparrow, as it is trying to get into their house too.

The House Sparrow is an adaptable bird and had been extremely successful in urban settings with flocks of them living side by side with humans up until the 1970’s.  Now House Sparrows may be in real crisis as a successful breeding urban bird that has now all but disappeared from our towns and cities.

It seems though that the actual reason has yet to be discovered.   And this is not just a problem for the House Sparrow in the UK.   For example in India Delhi adopted the House sparrow as its State bird in 2012, this was after they had noticed that the House Sparrow was in severe decline…[there is more interesting reading from The Hindu 2014 here.]

This world wide decline in numbers of House Sparrows started to occur before cell phone radiation was present.  It is suggested that food sources particularly around concentrated human populations have disappeared due to the extensive use use of pesticides and removal of habitat with our concrete architecture.   These birds rely on small insects whilst rearing young and grains and berries the rest of the year.  It has been noted that House Sparrows have moved away from humans, implying that it has to do directly with our activity in these recent decades.

What can you do to help the House Sparrow?  This article gives some tips on how you can assist with the local House Sparrow population right outside your door.